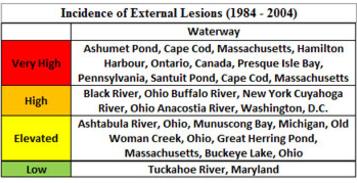 In the USA, most rural areas and many suburban areas rely on septic systems to clean their household wastewater before it is released into the surrounding waters.  As many also obtain their drinking water from local wells, it is critical that any substance that can injure family members is removed or destroyed before it gets to the drinking water.

Cape Cod in Massachusetts has been noted as an area of concern for several reasons.  Over 80% of the households on Cape Cod are entirely dependent on onsite septic systems to protect their ponds and drinking water.  Its highly porous soil results in the region’s designation as a sole source aquifer.  This means that all drinking water sources are hydraulically linked to septic systems wastewater discharge.  The geology means that toxins are flushed down toilets will end up in one of the Cape Cod’s many freshwater ponds, lakes and streams. They will also end up in the local drinking water.

More than a decade ago, residents and visitors to Cape Cod noticed an increase in tumors in Brown Bullhead  [fish with turmor] catfish pulled from the Ashumet Pond, a kettle pond in Mashpee, Cape Cod.  The water in this pond is from rain water and ground water.  As some of this ground water passes under the Massachusetts Military Reservation, Cape Cod (MMR, formerly Otis Air Force Base), it was assumed the fish were damaged by the improper disposal of hazardous chemicals on the military base.  The U.S. Geological Survey conducted a study starting in 2002 to determine the rate of tumors and mutated Red Blood Cell DNA in the Ashumet Pond Brown Bullhead fish.  They compared the fish in Ashumet Pond to fish from two other regional ponds: Santuit Pond, Mashpee/Barnstable, Cape Cod and Great Herring Pond, Plymouth, Massachusetts.  All three ponds receive their water supply from rainwater and local groundwater of which some is wastewater system effluent.  In Plymouth, Massachusetts some of the local household wastewater is treated in a municipal wastewater treatment plant. No households in Mashpee have access to municipal wastewater treatment and instead depend on septic systems.

The U.S. Geologic Survey scientists were surprised to find that not only did the fish from Ashumet Pond have extremely high levels of damage but the fish from Santuit Pond showed nearly as many tumors and Red Blood Cell DNA damage all caused by a genotoxic material in their environment.

Serious damage has already been done 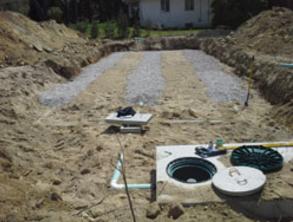 The environmental trigger for such increases is not known but as many of these cancer patients are treated as out-patients (receive chemotherapy infusion and return home same day), large quantities of active cytotoxic chemicals are being discarded into the Cape Cod environment.  What effects will these genotoxic chemicals in our recreational and drinking water have on the cancer rates in our future and more importantly, in our children’s’ future?

Environmental impact of cytotoxic drugs that pass through chemo patients

A handful of life-saving cytotoxic chemotherapy drugs exit cancer patients as active dangerous chemicals.  Septic systems and wastewater treatments plants cannot remove them so dangerous chemicals migrate intact into our lakes, rivers and ponds.  Active chemotherapy chemicals in our water are a problem for all living organisms but they are a profound disaster for humans, other mammals and fish.  Cytotoxic chemicals work by causing DNA breaks and mutation, triggering tumors and other abnormalities.  They are genotoxic and classified as Contaminates of Emerging Concern (CEC).chemotherapy treatment.” 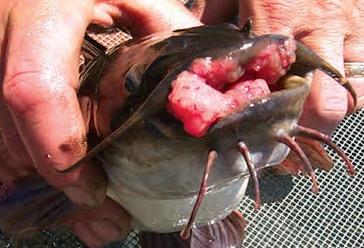 The U.S. Geologic Survey scientists were surprised to find that not only did the fish from Ashumet Pond have extremely high levels of damage but the fish from Santuit Pond showed nearly as many tumors and Red Blood Cell DNA damage all caused by a genotoxic material in their environment. 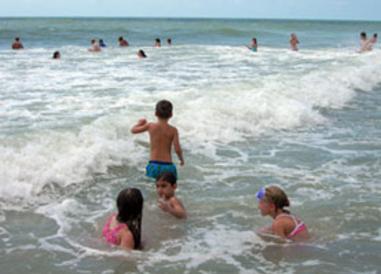 Are Your Chemo Drugs Dangerous?

Problem cytotoxic drugs are causing great alarm both among environmental scientists and those who manage our wastewater treatment system. Service personnel who maintain septic systems know first-hand how much damage occurs when a chemotherapy patient flushes their chemo containing bodily waste into their septic system.The drugs in the patients' waste are so toxic for septic systems that the septic systems collapse. When the system collapses because the cytotoxic drugs have killed the critical cleaning bacteria, all the waste, including the dangerous chemicals, passes into the surrounding soil and surface waters. If these surface waters supply local wells, the wells and the homes' drinking water can also become contaminated. As they work to clean our wastewater and provide us with clean drinking water, service personnel are put at risk of cancer and damage to any fetus they may be carrying.  The issue of cytotoxic drugs in surface water and our drinking water has become a great concern for many governments around the world. Until a few years ago, scientists did not have the technology to measure cytotoxic chemotherapy drugs in our surrounding water.  Once they had the technology, they could see the developing time-bomb that is surrounding us.  Cyclophosphamide and it chemical cousin ifosfamide are notorious because greater than 98% of these chemicals pass right through all types of wastewater treatment and drinking water purification.  In ideal laboratory conditions (not seen in real world), cyclophosphamide survives treatment with activated sludge for between 400 and 800 days.  Ifosfamide survives for 10 to 12 years. This strongly suggests the chemicals will survive in real soil for much longer.  Other cytotoxic chemicals are also being found in surface water at dangerous levels. Many agencies are working tirelessly to stop unused medications from being flushed down the toilet and thereby entering our water supply.  In 1990, American Society of Health-Based Pharmacists (ASHP) recommended that unused cytotoxic drugs not be flushed down our drains.  With this important change in handling of unused cytotoxic drugs, the major source for environmental contamination is from chemotherapy patients’ bodily waste.he dangers of secondhand chemo.

Cytotoxic Chemicals in Chemo Drugs Are Dangerous to Families, Caregivers, and the Environment